skip to main | skip to sidebar

Posted by D-Pop on 31 July, 2011
Labels: 2012, Action, Battleship, SciFi, Trailers / Comments: (0)
Plot Synopsis: A fleet of ships is forced to do battle with an armada of unknown origins in order to discover and thwart their destructive goals.

Posted by D-Pop on 24 July, 2011
Labels: Daniel Radcliffe, Harry Potter, Magic, Spell / Comments: (0)
July 2011 will go down in history as the month when the cinematic Harry Potter legend ended. But the legacy lives in on blogs like this one. Here's one of my favourite spells.

A tribute GIF to the Nolan Batman trilogy.

From the episode of Parks and Recreation where Ron Swanson has hernia. :P
GIF courtesy: spoileralert-.tumblr.com

Posted by D-Pop
Labels: 2012, Amazing Spiderman, Andrew Garfield, Spiderman / Comments: (0)
The new Spiderman reboot teaser trailer is out. And here is the GIF to make you all excited.

Meme within a Meme with a .. [Spot the Memes] So let's spot the memes here. Well, obviously, there is Bed Intruder, Strutting Leo, Sad Keanu, Escaping Baby, Old Spice Man and the interrupting squirrel. Not to forget, there's the raging wolf. I don't know the name of the other ones. Any help? Posted by D-Pop on 16 July, 2011
Labels: Anime, Japanese, Trailers / Comments: (0)
The Live action movie version of the famous anime of the 70s - Space Battleship Yamato has just come live , and I couldn't help sharing it.

Harry, Ron and Hermione through the years [ Hogwarts fandom ] 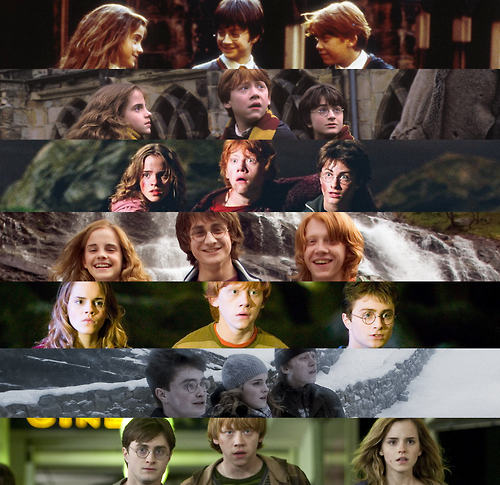 Sometimes, an image is way too powerful for any words. The above image combines the immortal friendship of Harry Potter, Ron Weasley and Hermione Granger. You all will be missed. And thank you Jo for introducing us to our friends for lives.

Posted by D-Pop
Labels: Disney, Hollywood, John Carter, Movies, Traiers, Video / Comments: (0)
The highly anticipated trailer for the Disney produced adaptation of Edgar Rice Burrough's Barsoom series fantasy novel - John Carter, has hit the interwebs. And by the looks of it, it is going to be magnificently fabulous. Have a look at the trailer below in glorious HD.

Synopsis:
John Carter of Mars is inexplicably transported to the mysterious and exotic planet Mars, and becomes embroiled in a conflict of epic proportions and discovers that the survival of the planet and its people rests in his hands.

John Carter is a sweeping action-adventure set on the mysterious and exotic planet of Barsoom (Mars). John Carter is based on a classic novel by Edgar Rice Burroughs, whose highly imaginative adventures served as inspiration for many filmmakers, both past and present. The film tells the story of war-weary, former military captain John Carter (Taylor Kitsch), who is inexplicably transported to Mars where he becomes reluctantly embroiled in a conflict of epic proportions amongst the inhabitants of the planet, including Tars Tarkas (Willem Dafoe) and the captivating Princess Dejah Thoris (Lynn Collins). In a world on the brink of collapse, Carter rediscovers his humanity when he realizes that the survival of Barsoom and its people rests in his hands.

John Carter of Mars will be out in UK cinemas in March 2012. 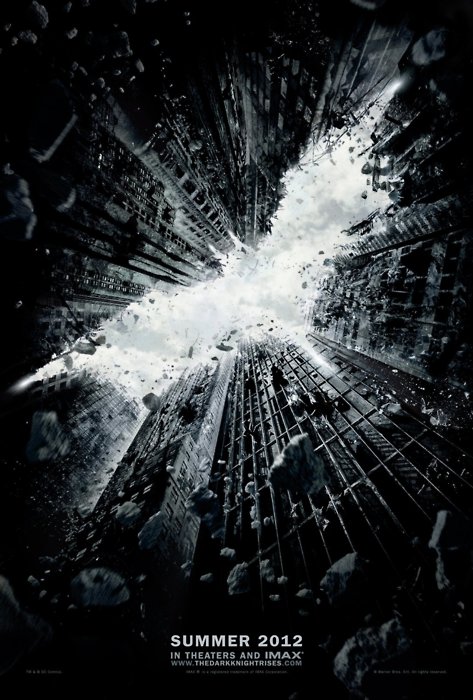 As far as details are concerned, there is nothing much released about The Dark Knight Rises. The shooting is still undergoing in London with the cast consisting of Tom Hardy and Anne Hathaway among others.
The Dark Knight Rises hits cinemas in Summer 2012.
Newer Posts Older Posts Home