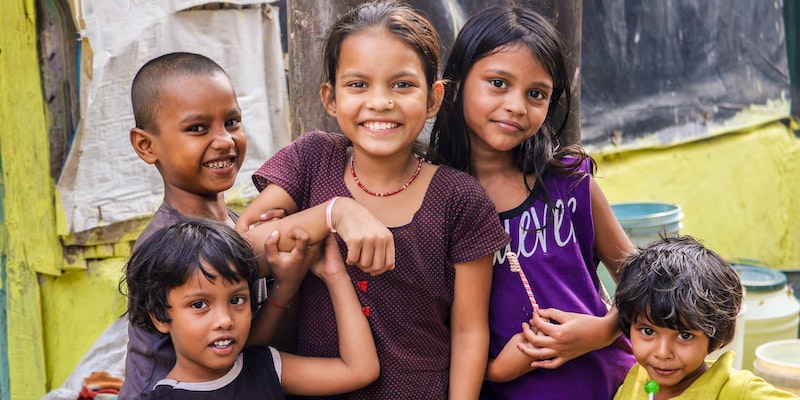 Investigating the Causes of Poverty in India: Examining the Impact of Inequality, Unemployment, and Low Wages

India is home to more than 1.3 billion people, making it the second most populous country in the world. Despite this large population, more than 70 percent of Indians remain poor. Poverty has been a major issue in India for centuries, and it has been exacerbated by the increasing inequality, unemployment, and low wages that many of its citizens face.

Inequality has been a major factor in driving poverty in India. The country’s economic growth rate is impressive, but the wealth generated from this growth has not been spread evenly. India’s top 10 percent of earners take home more than half of the nation’s total income, while the bottom 40 percent have to make do with just a fifth of the total. This has created a vast gulf between the rich and the poor, with the wealthy benefiting greatly from the country’s rapid economic growth, while the majority of people remain in poverty.

Unemployment is also a major factor in India’s poverty. The country’s unemployment rate is at an alarming 8.5 percent, with more than 31 million people out of work. This is due to a number of factors, including a lack of investment in job creation and an inadequate education system that fails to train workers for the modern job market.

Finally, low wages are another major factor in poverty in India. Despite the country’s impressive economic growth, wages remain low, with the majority of the population unable to make a living wage. This has been exacerbated by the large number of informal workers in the country, who make up a significant portion of the workforce but are unable to earn a decent wage.

Poverty in India is a complex issue, and one that cannot be solved overnight. In order to combat it, the government must focus on reducing inequality, creating jobs, and increasing wages for workers. Only then can India begin to make progress in reducing poverty.

In India, more than 70 percent of the population is considered to be living in poverty. This staggering statistic is a result of a number of social and economic inequalities that exist in the country. While the reasons for poverty in India are vast and complex, there are a few key issues that contribute to it.

The most significant of these issues is the ongoing problem of income inequality. In India, the wealthiest 1% of the population controls nearly 60% of the country’s total wealth. This means that the majority of the population is left with a much smaller share of the wealth. This economic inequality has a direct effect on poverty rates, as those with more money can afford more basic necessities and services.

Another issue that contributes to poverty in India is the lack of access to education. Many rural areas in India are underdeveloped, which means that there are limited educational resources available to those living in poverty. This lack of access to education means that those living in poverty are unable to gain the knowledge and skills needed to find higher-paying jobs. Without access to these resources, poverty levels remain high.

These social and economic inequalities are the primary reasons why more than 70 percent of the population in India is living in poverty. To address this issue, governments must take steps to address the root causes of poverty in India. This includes investing in education and providing access to better job opportunities for all citizens, regardless of their gender or economic class. Only then can the poverty rates in India be reduced.


Exploring the Role of Education in Reducing Poverty in India

India is a country with a population of over 1.3 billion people. Despite its population size, more than 70 percent of the population lives in poverty. The main causes of poverty in India are poor education, lack of job opportunities, and a lack of access to resources. Education plays a significant role in reducing poverty, yet it is often overlooked.

In India, the education system is plagued by an array of problems, such as low quality of teaching, lack of resources, and lack of access to higher education. As a result, many Indian students lack the skills and knowledge needed to compete in a global economy. Without an adequate education, it is difficult for people to obtain good jobs and escape poverty.

Furthermore, the cost of education in India is often prohibitively expensive for many families, particularly in rural areas. This means that many children are unable to attend school and are condemned to a life of poverty.

In conclusion, education is an essential tool in the fight against poverty in India. Without an adequate education, it is difficult for people to escape poverty and build better lives. Therefore, it is essential that the government invests in education and ensures that all children have access to quality education. Only then can India reduce its poverty levels and help its people to become more prosperous.

Recommend on Google
Get this plugin »